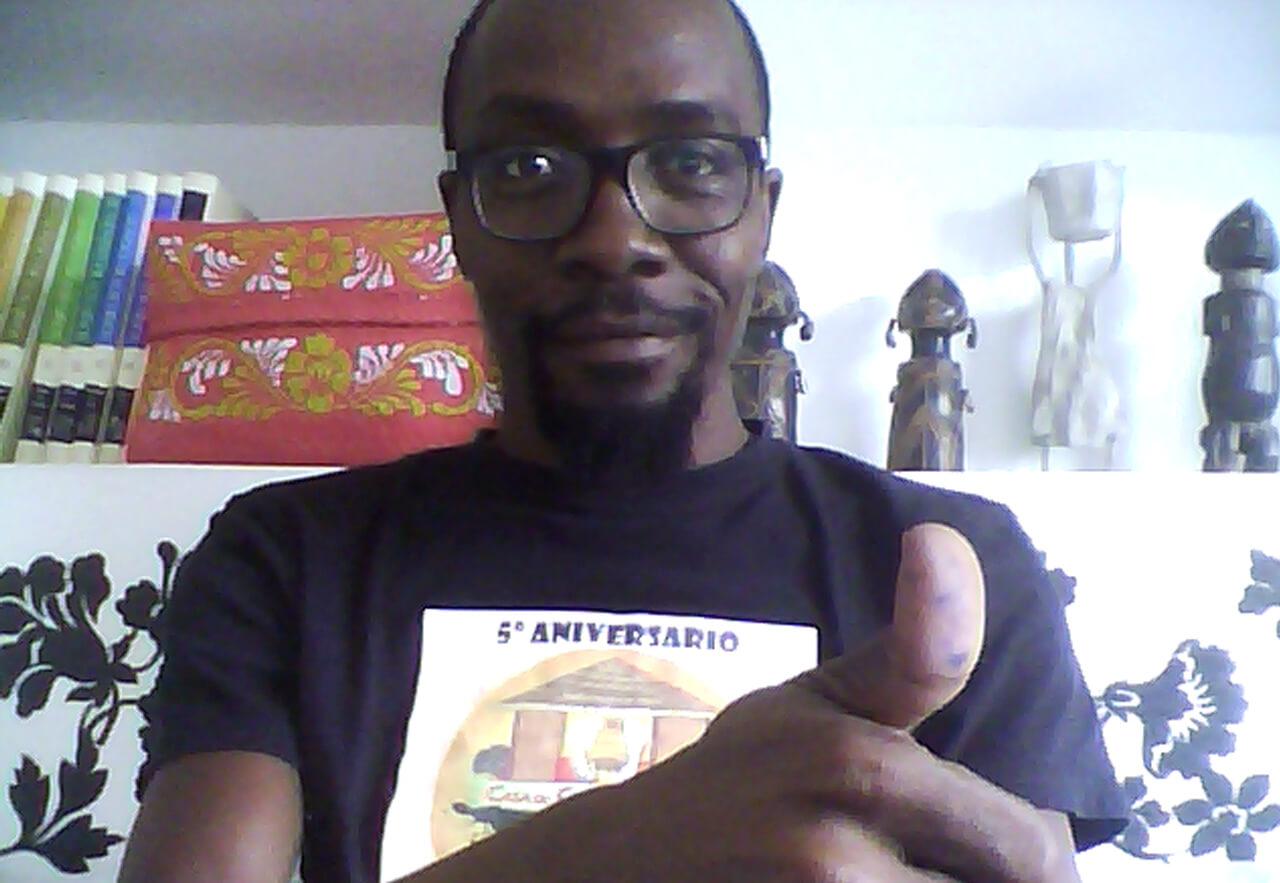 (Nairobi, May 29, 2018)—The Equatorial Guinean artist Ramón Esono Ebalé left the country on May 28, 2018, after being imprisoned for six months on apparently false charges and then waiting three months for travel documents, 14 rights organizations said today.

“Ramón Esono Ebalé’s nine-month saga shows how many tools the Equatorial Guinean government has at its disposal to silence critics,” said Sarah Saadoun, of Human Rights Watch. “But it also is a powerful example of how solidarity and activism can confront abuses.”

Esono Ebalé, a prominent artist and cartoonist often critical of the government, who traveled to Equatorial Guinea to request a passport, was arrested on September 16, 2017 in Malabo, the capital, and charged almost three months later with counterfeiting around US$1,800 worth of the local currency. The line of questioning during the interrogation and a lack of evidence raised serious concerns that the allegations were politically motivated. These concerns were bolstered during the trial, when the government’s sole witness admitted on the stand that he was just following his bosses’ orders.

The judge dismissed the case on February 27, and Esono Ebalé was freed, but he remained effectively trapped in the country because he lacked the proper travel documents. He was finally issued a passport on May 23 and left the country five days later.

Throughout this ordeal, dozens of cartoonists’ rights and human rights organizations and advocates worked to publicize the case internationally, including with the United Nations and global policymakers. The African Commission on Human and Peoples’ Rights wrote a letter of appeal to the Equatorial Guinean government, and US Senator Richard Durbin remained actively engaged with the case.

“We, the #FreeNseRamon coalition, hundreds of artists, journalists, activists, rights defenders and supporters from around the world, celebrate that Ramón will finally be able to see his loved ones after an ordeal that lasted almost nine months,” said Tutu Alicante, executive director of EG Justice, a group that monitors the government’s human rights record. “Many critical voices remain silenced and imprisoned in Equatorial Guinea, but today, we rejoice that one of those talented activists is free and can go back to drawing truth to power.”