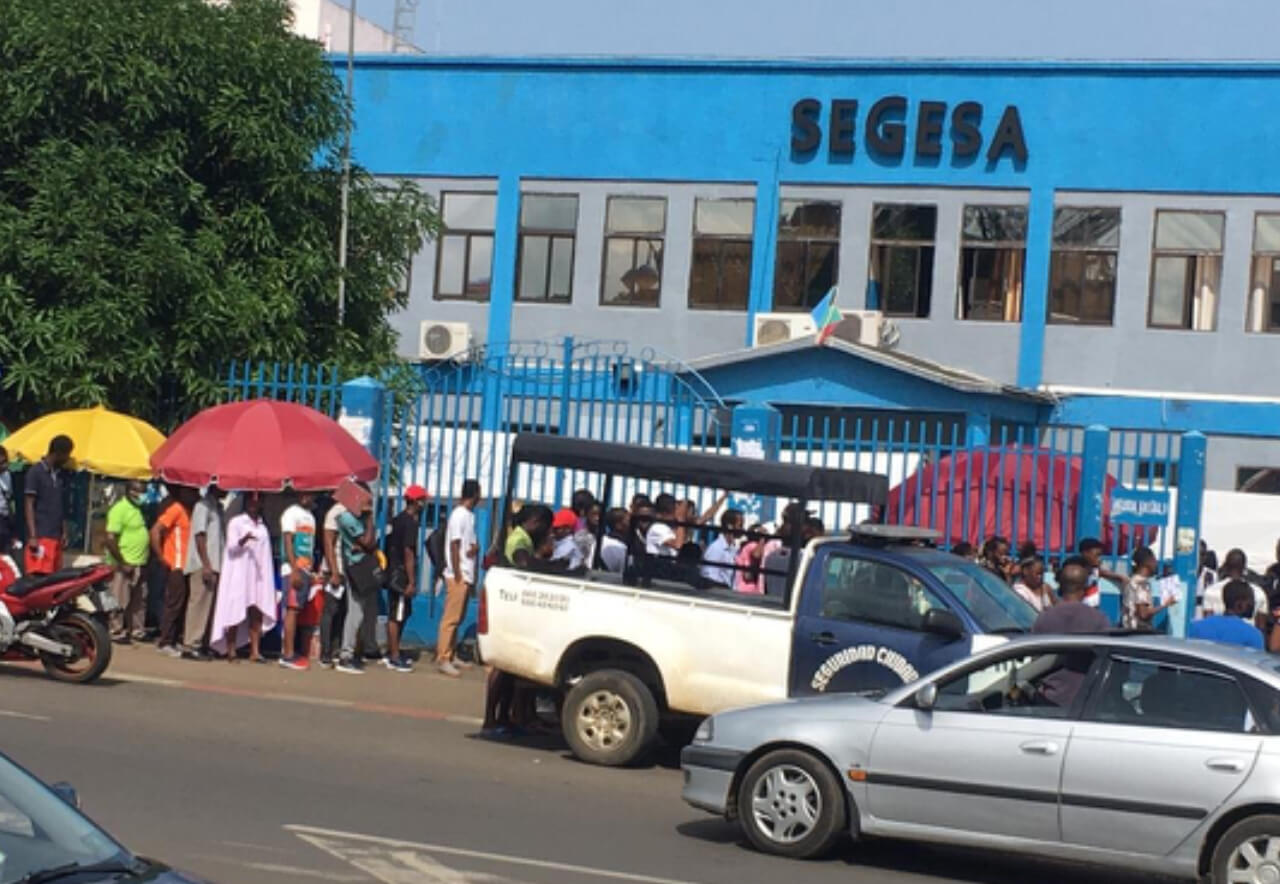 TheGovernment of Equatorial Guinea is working hard, it seems, to highlight its ability to manage the crisis caused by the COVID19 pandemic. However, it has encountered criticism from the population, civil society, and political opposition groups.  And the truth is, it is difficult to claim to be a firefighter when for years now, the Government has excelled at being an arsonist.

The latest blunder was the rebuke and threats by the Minister of Health, Salomón Nguema Owono, towards a health worker, Nuria Obono Ndong, who expressed concerns about the alleged lack of oxygen and medical supplies in a city hospital.  The government, which stands out in global indicators as a repressor of freedom of expression, and blocks access to social networks such as Facebook, has found out that it cannot contain the sea, as the news has spread on social networks like wildfire.  Furthermore, since the arsonist does not allow free press, there are no media outlets to verify the information that is conveyed.  Despite the PR efforts and the intention of Minister Nguema Owono to "insert oxygen in the mouth of the health worker," it makes sense that people would not trust an arsonist posing as a firefighter.  In 2015 the government fueled a bizarre story and prosecuted  Andrés Esono Ondo, the leader of an opposition political party, of wanting to “import” an Ebola patient to spread the disease in the country.  Thus, understandably, the ordinary citizen finds it hard to believe the stories told by the arsonist officialTV.

Reports from reputable human rights organizations have exposed deficiencies in hospitals, lack of health care for prisoners, etc. Perhaps, as the government claims, those reports are not the whole truth; but the lack of independent and open sources information makes it difficult to verify or believe any statements made by the government.  According to Transparency International’s Corruption Perception Index, the country is among the world’s most opaque; so, it is difficult to follow the money and ascertain where funds budgeted for healthcare actually end up.  The US Ambassador recently acknowledged, perhaps unintentionally, that the US oil companies have played an important role in funding what exists as a healthcare system, the same companies that enabled the elites who amassed vast wealth in private concealed accounts, and the same that stash their local subsidiary’s board of directors with the firefighter-wannabe.

Several health technicians, interviewed by EG Justice, anonymously stated that the medical supplies and material they are using are leftovers collected during the Ebola crisis, and that it is already running out. They denounce the lack reliable information about what to expect once there are cases of community infections.

Thus far, the quarantine is the most widespread mitigation measure announced by the government.  But, considering that the National Statistics Institute estimates that there is an average of five people per household, then, we fear that in the absence of running water, and programs to feed and deliver medications to the unemployed and the most vulnerable in the country, individuals will not self-confine.  The government has announced some measures for basic social assistance to people living in remote areas; this, at a time when nationwide, the economy is mostly under water, and most people are on survival mode.

An anonymous taxi driver has told EG Justice that since the new measures went into effect, he cannot make ends meet, because he is mandated to only carry one customer per trip. He pays more for fuel at the end of the day, than what he earns.  Other citizens complain about the rising prices for basic goods at the local markets.  Added to this, is the abuse and arbitrariness by security forces—already notorious for harassing and extorting money--which now are demanding permits not required by any laws.

Also perplexing is the questions of how the Covid-19 defense fund is managed. A recent IMF diagnosis report of the country, states that "governance and corruption problems have considerable negative effects on inclusive growth." The government is thus required to comply with anti-corruption measures demanded by the IMF.  The government has asked the general public to contribute towards the fund, another dangerous sign of an arsonist posing as firefighter.

The Institute of National Statistics does not publish unemployment or population data by age. This is mainly to avoid discrepancies with electoral census data. Age or unemployment are essential data for designing public policies. It is necessary for determining how many schools the country needs, or how many hospitals, or how much money is needed to take care of the people who have lost their jobs.

The current crisis requires the governments to operate remotely, in some instance, and to use new technologies. Equatorial Guinea, despite having the necessary infrastructure, has one of the most expensive rates of Internet accesses in the world.  Consequently, the arsonist, who did not think that technology could be beneficial for education, health, etc., now wants to play firefighter. It has promised, for instance to make Internet more accessible, while at the same time, it wants to limit access and restrict freedom of expression; a bigger fear than the pandemic itself.

Another misstep by the arsonist has been the condemnation of 26 Equatoguineans who decided to return to European nations where they held dual citizenship. TV reporters and government officials were quick to condemn the departing individuals, labeling them as deserters.

The government of Equatorial Guinea, which persecutes doctors such as Wenceslao Mansogo, due to his political ideology, or jails a nurse for commenting that there is a scarcity of oxygen to treat patients, should not call anyone a traitor for choosing to travel to a country better prepared to respond to the threat posed by Covid-19.

Citizens in Equatorial Guinea find it difficult to believe health ministers—or any government officials, for that matter—regardless of whether or not they are telling the truth. This is because they lack any credibility. Health Ministers have not given reasons to be trusted in the fight against malaria, typhoid, or tuberculosis, diseases that kill hundreds of people in the country every year, and that have worsened with the Coronavirus crisis.  Citizens have become convinced that they cannot trust official sources that regularly misrepresent events. They find it hard to conceive of the Finance Minister as a firefighter, when he failed to prevent the Vice President, a dangerous pyromaniac, from squandering public money to buy back luxury vehicles confiscated in Switzerland.

Unfortunately, arsonists cannot control their impulses. They cause fires for amusement. It’s in their nature.  So, when this crisis ends, they will ignite new fires.