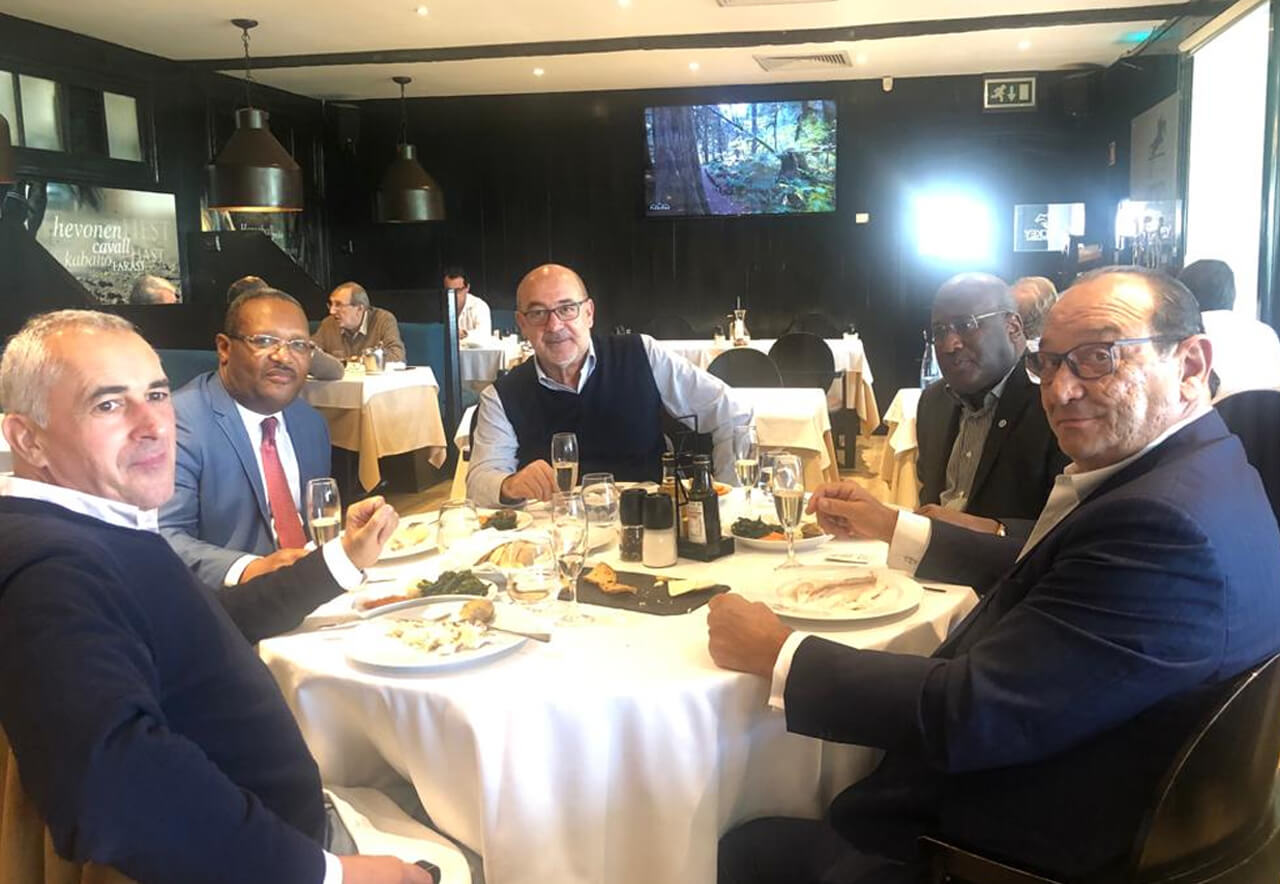 (Washington DC, May 28, 2021) Despite all the red flags and an appalling human rights record in the country, business partnerships have grown with the help of the CPLP. In November 2020, Minister Obiang Lima met with the Head of Mission of the Portuguese Embassy in Malabo,  Federico Pinheiro da Silva to "strengthen relations between Lisbon and Malabo''. Subsequently, the Portuguese Ambassador visited the controversial Technological Institute of Hydrocarbons in Mongomo built by the Portuguese Armando Cunha SA.

The website of the Prospectiva, another Portuguese company present in Equatorial Guinea for more than 10 year, published a recent note about a December 2020 meeting between Equatorial Guinea’s Ambassador to Portugal, Mr. Tito Mba Ada, and the Director General of the CPLP, Dr. Armindo Fernandes to discuss the construction of a University Campus in Malabo. However, Prospectiva was awarded a 3.5-million-euro contract by GE Proyectos in 2012 to supervise the construction of a University Campus in Malabo. It is not clear what campus was supervised back in 2012 since no campus has been built in Malabo since that time, and new plans are underway with those meant to supervise in the first place.

In May 2021, the Confederation of Companies of the CPLP met in Malabo. Good governance, rule of law or human rights were not prominent in the agenda the agenda.