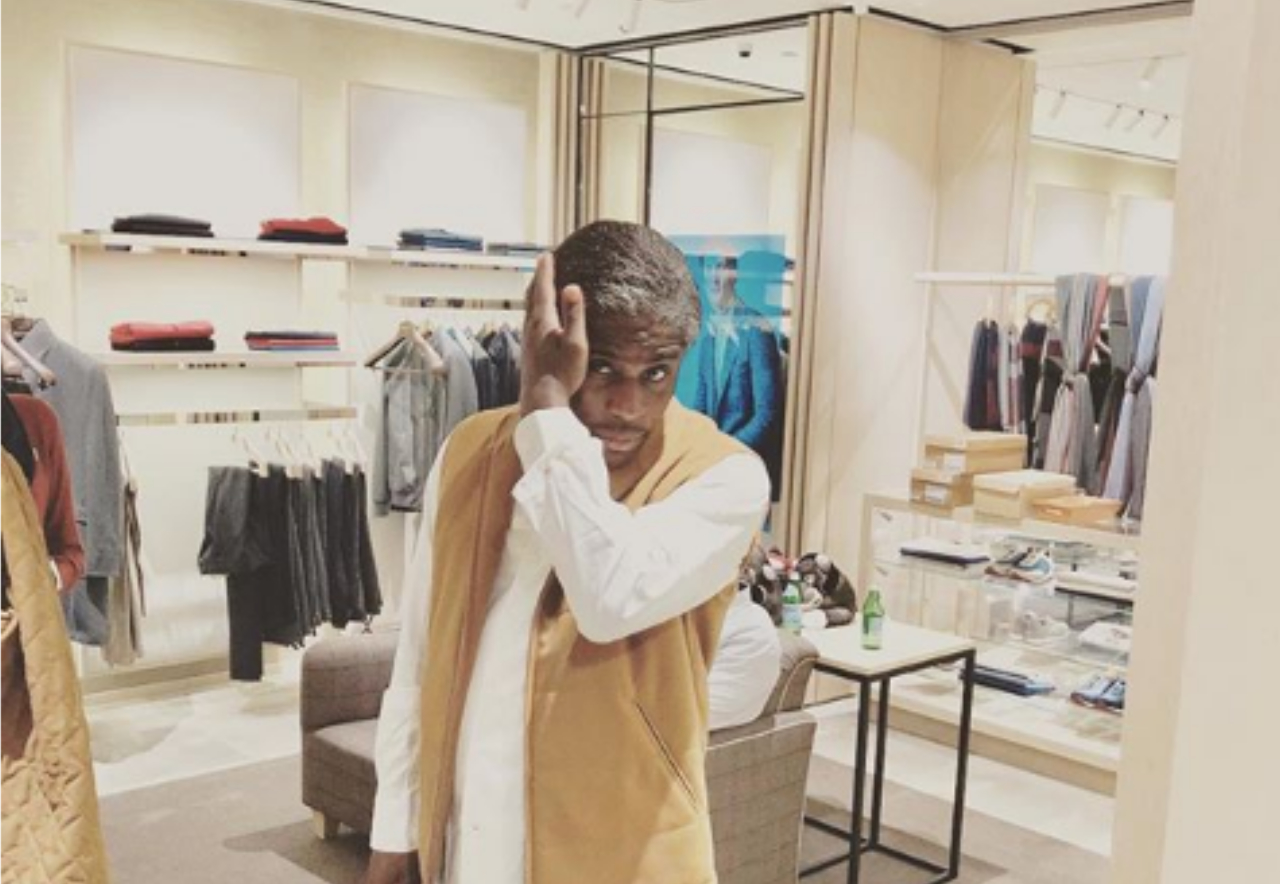 (Washington DC, May 16, 2019) A couple of weeks ago, Professor Stephenson asked: “Whatever Happened with that Charity the Obiang Settlement Was Supposed to Fund?"  Not coincidentally, thousands of people in Equatorial Guinea have been asking themselves that same question for the last five years, and they have yet to receive a satisfactory answer. Furthermore, many Equatoguineans wonder if a similar fate—forever becoming a “known unknown”--awaits the money French and Swiss judicial authorities stand to recover following the disposition of assets acquired in those countries with funds stolen in Equatorial Guinea and laundered in France and Switzerland.

Unfortunately, as we noted in an immediate reply to his query, which can still be read in the comments section, we lack a satisfactory answer to Professor Stephenson’s question, and we are not entirely surprised by the impasse in this settlement. When one drives into a cul-de-sac, with clear road signs warning ahead of time that there is no exit, she/he should only expect to return to the entry point. In other words, when negotiating with authoritarian kleptocrats who consider themselves above the law and who are accustomed to acting with absolute impunity, it would be naïve to expect them to negotiate fairly.

The settlement between Equatorial Guinea and the U.S. appears to anticipate this impasse, laying out several options:

“within one hundred eighty (180) days of the sale of theDefendant Real Property, the United States and Nguema will jointly select a charity or other organization (the “charity”) to receive [the] funds” which will be spent for the benefit of the people of Equatorial Guinea. The agreement goes on to specify—and this we consider to be the Plan B—that: “if the United States and Nguema do not mutually agree upon a Charity within … 180 days of the sale of the Defendant Real Property, a three-member panel (the “Panel”) will be formed to receive custody and control of the funds.” Specific guidance is included about how the Panel would be setup: the United States and the government of Equatorial Guinea would each selecta panel member, and a “Panel Chairman” would be “selected jointly by the UnitedStates and Nguema.

As a Plan C, the agreement specifies that if the parties are unable to agree on the PanelChairman within 220 days of the sale of the property, the court retains the discretion to direct the parties to participate in mediation, or it may selecta Panel Chairman.

No one should be surprised by the current stalemate. Mr. Nguema Obiang and his father’s administration cannot be relied upon to act in good faith. They never do. They, and only they, benefit from hijacking or holding the asset repatriation process hostage.

When the agreement was adopted in 2014, those of us familiar with the Obiang family’s decades of brazen looting and attitude of impunity knew that the provision requiring the United States and Mr. Nguema Obiang to jointly select a Charity to receive and manage the funds was destined for a dead-end.

In fact, along with the Open Society Justice Initiative (OSJI), Sherpa, and Madrid-based APDHE, we submitted a letter to Attorney General EricHolder in which we flagged the repeated and systematic disrespect for judicial processes in the United States and in other jurisdictions by Mr. Nguema Obiang and other government officials. We highlighted Nguema Obiang’s blatant disregard for orders requested by the judge and supported by law. For example, Mr. Nguema Obiang, in violation of US federal law, removed from the Malibu mansion many of the Michael Jackson memorabilia, which were the subject, the “res” in the DOJ complaint.Similarly, the $38.5 million Gulf Stream Jet was flown out of the reach of US authorities while the subject of litigation. And, it appears, Mr. Nguema Obiang  repeatedly ignored formal requests for the return of those assets.

But his contempt for legal obligations and commitments made on his behalf by his lawyers went further, when he chose to flaunt the Michael Jackson memorabilia in a highly publicized exhibition in Equatorial Guinea and in his personal Instagram account. The Equatoguinean government took the occasion to gloat, claiming that “despite the efforts of some Western institutions to prevent these objects from coming to our country, justice has finally returned them to their rightful owner.”

Furthermore, in what can only be described as threats[1], Mr. Nguema Obiang warned that he would not comply with a US court order demanding that his Gulf stream Jet be seized. And characteristic of the regime controlled by Mr. Nguema Obiang’s father, the Minister of Justice went on record saying he would not cooperate or provide assistance if there was an order from the UnitedStates to seize assets belonging to Nguema Obiang in Equatorial Guinea.

None of these moves by the Obiang family came as a surprise to those that follow that mafia clan closely. Consequently, after 180 days went by following the disposition of the mansion and other assets, and additional deadlines to set up the Charity were missed, we hoped DOJ prosecutors would ask the judge to go to Plan B (setting up the three member panel) in light of Nguema Obiang’s arrogance and his contemptuous recalcitrance in the face of court proceedings.

While setting up the panel could in itself become yet another hurdle, as the government of Equatorial Guinea could stall the appointment of their panel member and/or refuse to consider any of the candidates proposed by the United States as Panel Chairman, prosecutors could ask the judge to set a finite time for the government of Equatorial Guinea to appoint its panel member.  And if they failed to comply with that strict deadline, then prosecutors could swiftly go back to the court and request the discretion of the judge to appoint a panel chair. But, as far as we know, the parties have not taken these steps and the judge has not ordered any further course of action.

At the time, we raised concerns over how a settlement requiring consensus between the US government anda kleptocrat could bog down the Kleptocracy Asset Recovery Initiative into pointless stasis, as it required the good faith compliance and cooperation ofMr. Nguema Obiang and his father’s cronies in government—the same people who have taken deliberate and systematic steps to dismantle the institutions of the state as they work to entrench corruption and deprive the population of rights, healthcare, education, and a way out of poverty and inequality.

Why would Mr. Nguema Obiang change course now? Why would he cooperate with US prosecutors to establish a charity that would help alleviate poverty in the country and in turn allow at least some Equatoguinean families to escape the absolute dependence on regime’s patronage system and allegiance tot he Obiang family? Au contraire, since that 2014 settlement with the US DOJ, French,Swiss, and Dutch judicial authorities have seized additional assets, while Nguema Obiang continued to loot and live the life of the bon-vivant in Brazil,Trinidad & Tobago, the Dominican Republic and other places, as demonstrated by his Instagram account.

In October 2017 a French court convicted Mr. Nguema Obiang of embezzlement, money laundering, breach of trust and bribery. The court found that he used his government position to funnel illegal fees charged to timber companies and divert them to bank accounts in France and other countries.  During the judicial investigation, his father and lawyers pulled all the stops in their efforts to derail the case. To shield him from prosecution, his father attempted to appoint him as the Ambassador to UNESCO in Paris. When that did not work, his father set up and ad-hoc congressional committee to propose amendments to the NationalConstitution to create the position of a Vice President. A referendum was quickly called, the constitutional amendments passed overwhelmingly, and Nguema Obiang was appointed Vice President. Meanwhile, Nguema Obiang’s lawyers filed for precautionary protection measures before the International Court of Justice atThe Hague, claiming breach of immunity and asserting that the mansion in Paris was a diplomatic embassy and residence.

Nguema Obiang’s instagram photos showed him on vacations inMaui, Las Vegas, and other exotic places as these cases were moving forward.

And, as a corruption case against Nguema Obiang was moving forward in Geneva, and well before the Geneva prosecutors announced a settlement agreement with the Government of Equatorial Guinea to confiscate 25 luxury cars, return a high-end yacht and close their investigations, the Federal Police in Sao Paolo was arresting Mr. Nguema Obiang and seizing more than $16 million worth in cash and luxury watches from him.

Despite the large evidence of the continued embezzlement, extortion and corruption in Equatorial Guinea, the United States Department ofState has continued to grant visas and allow Nguema Obiang to travel to theStates, and he has continued to shamelessly document his travels around the world.

The people of Equatorial Guinea deserve justice, not a charity.But I digress.

So, how do we move beyond stalemate? Luckily, there is no need to engage in complex mental gymnastics. The agreement between the United States and Nguema Obiang spells out a roadmap and options to avoid dead-end. It contains deadlines. Those deadlines have come and gone, and we can presume that several extensions have been granted to accommodate the parties. The agreement also spells out alternative paths, a Plan B and a Plan C, in case parties cannot agree on a charity and begin to stare at deadlines in a review mirror.The time has come for US prosecutors to honestly recognize that they are dealing with an authoritarian kleptocrat for whom agreements and laws are meaningless.