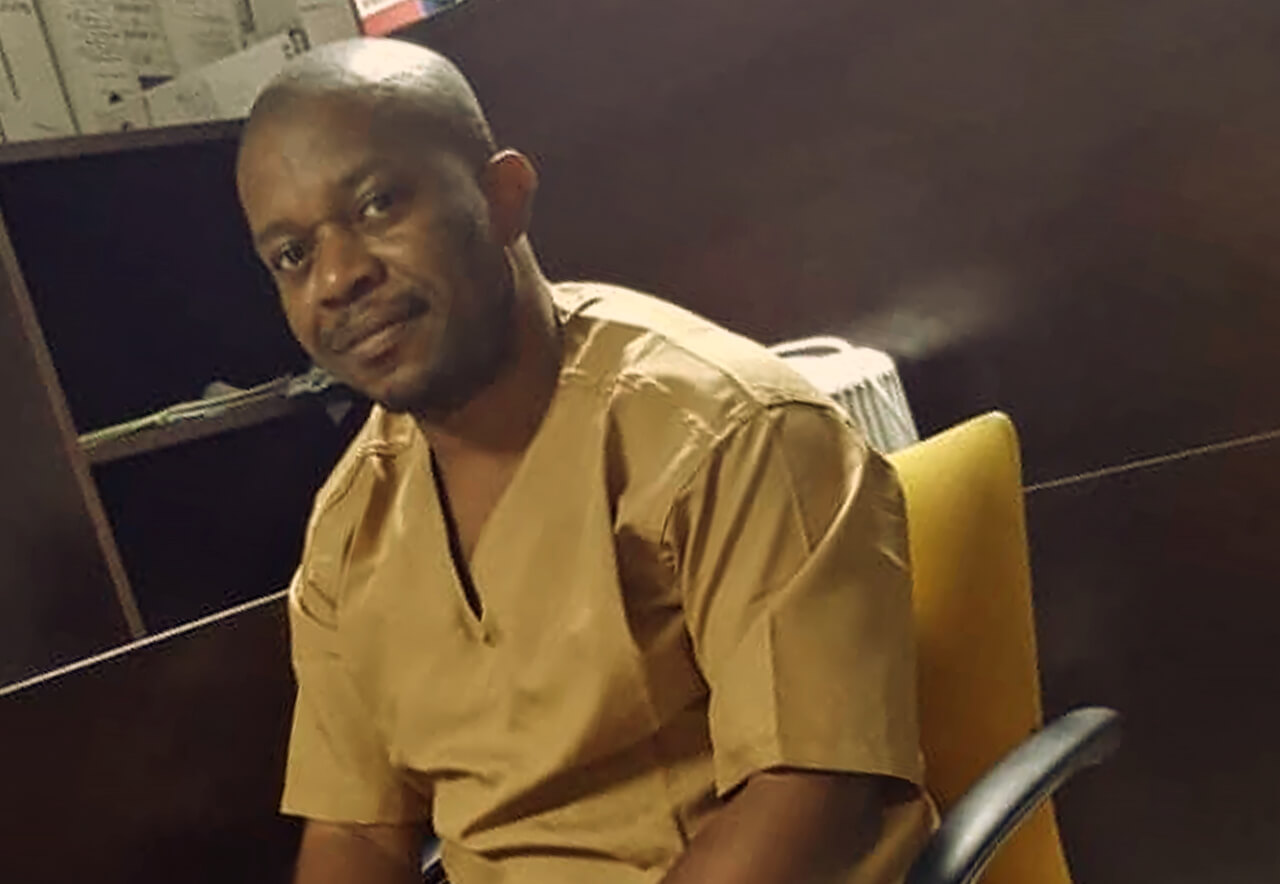 “Once again, the authorities have fabricated charges against a vocal activist who has been mobilizing the youth to stand against land expropriations, police brutality and assassinations, widespread corruption, and other injustices” said Tutu Alicante, Executive Director of EG Justice. “The Equatoguinean regime must immediately and unconditionally release Joaquin Elo and respect the peoples’ freedom of expression.”

Mr. Elo Ayeto, the founder of Somos +, an organization that engages the youth to challenge corruption and human rights abuses, was in the midst of an online campaign denouncing the a corrupt deals between the government and the Catholic church.On February 25, the Director of Presidential Security, Mr. Braulio Bakale Ondo, and six additional officers stormed into Mr. Elo Ayeto’s home, confiscated his phone, camera and computer and took him to the Central Police station..

On February 26, Mr. Brauilio Bakale Ondo and other police officers tortured Mr. Elo Ayeto, in an effort to compel him to confess that he knew about a coup plot between two political opposition leaders. In the end, unable to extract that confession, his torturers falsely accused him of plotting a coup against President Obaing. The judge, on March 1, ignoring Mr. Elo Ayetos’s terrible health sue to the torture, ordered his preventive detention, which in Equatorial Guinea allows the state to hold someone indefinitely without charge or evidence. That same night Mr. Elo was brutally beaten again in Black Beach prison.

On Monday March 11, the judge summoned Mr. Elo Ayeto to declare in front of his lawyers and the court clerk. It was at this hearing that his lawyers learned that during the police interrogation on February 25, Mr. Bakale Ondo put one of Mr. Elo Ayeto’s classmates, whom the police claimed was their key witness—on the speakerphone. The classmate stated that all she said was that Mr. Elo Ayeto tried to persuade their work group in class to draft a report that criticizes the government for channeling 200 million CFA Francs to the Catholic church, instead of devoting those funds to improve education or healthcare.

Throughout his detention the prison guards have refused to allow family members and lawyers to visit Mr. Elo Ayeto, and he has not seen a medical professional or receive any medical assistance despite being tortured twice.

According to his lawyers, Mr. Elo Ayeto is being kept in a deplorable and unsanitary prison conditions. He shares a small 2m by 2m cell with six other inmates. That is where they eat, go to the bathroom and sleep.

“A classroom should be a safe space for students to express and exchange their ideas. Using comments expressed during a class to torture and imprison activist, violates not only the right to free expression but also the right to education. This case shows how far the Equatoguinean government will go to erode fundamental pillars of democracy, to maintain power” added Alicante.

EG Justice calls on the diplomatic core in Equatorial Guinea, the African Commission, and the UN Human Rights Council to exert pressure on the government of Equatorial Guinea to immediately release Mr. Elo Ayeto, and to guarantee freedom of expression and due process of law to all detainees, as mandated by the Equatoguinean Constitution.