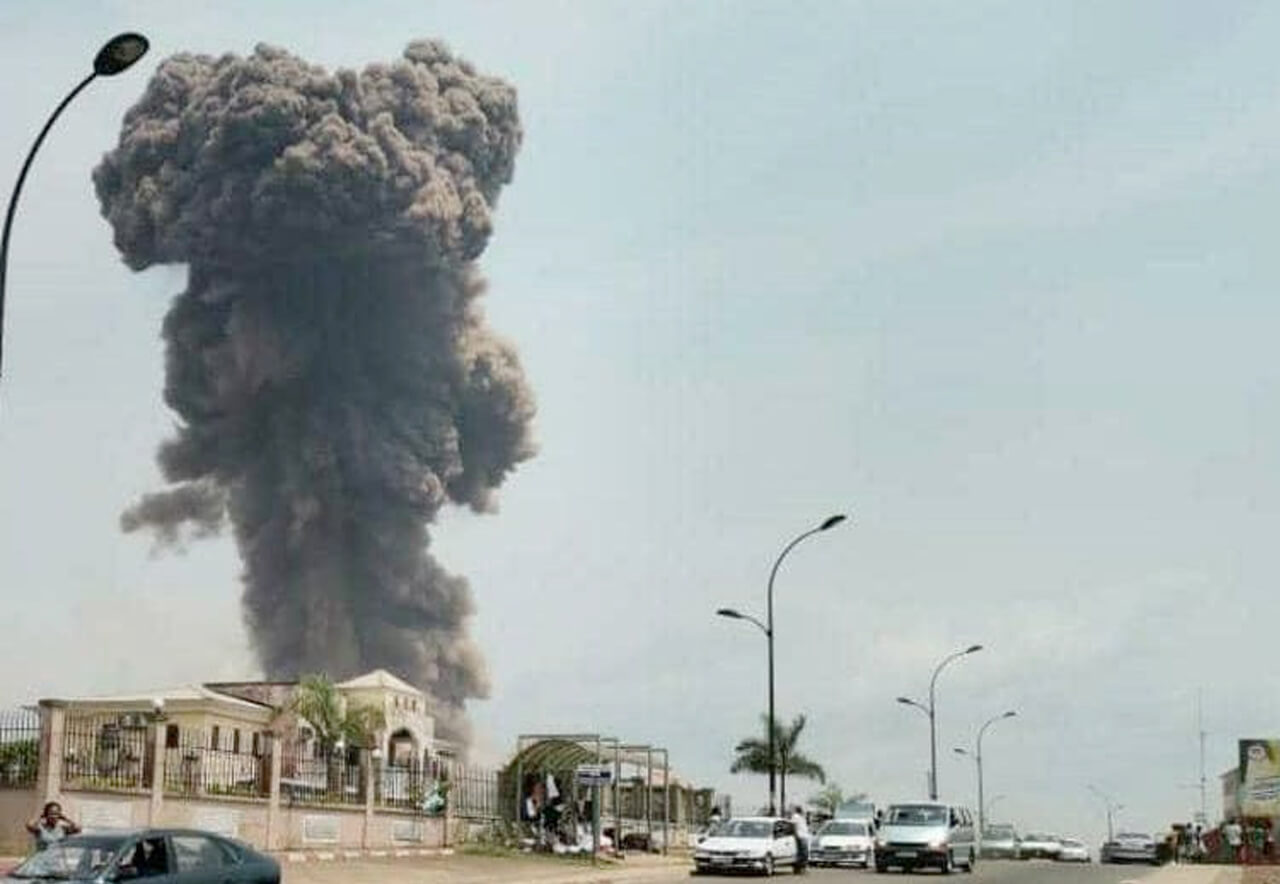 International Support Should Go Directly to Affected People, Not Government

(Johannesburg, March 10, 2021) – Equatorial Guinean authorities should invite international experts to conduct an independent investigation into the explosion that took place on March 7, 2021 at a military camp in Bata, the country’s largest city, Human Rights Watch and EG Justice said today.

Government officials say that 98 people were killed and 615 others injured, but people interviewed by EG Justice in Bata say that based on the number of bodies pulled from the rubble, the actual number of victims is much higher. Given high levels of corruption in Equatorial Guinea, donors and aid groups should send support directly to affected people rather than disburse aid to the government.

“The people of Bata are grieving,” said Tutu Alicante, director of EG Justice, a group that promotes human rights and good governance in Equatorial Guinea. “They deserve credible answers as to what happened and immediate support to treat the wounded, shelter the homeless, and rebuild the city. The only way to deliver that is through an independent investigation and international aid that goes directly to affected people.”

At around 2 p.m. on March 7, there were three massive blasts, followed by a series of smaller explosions, at Nkoatoma military camp, which is in a densely populated area of Bata and houses an armory that stores dynamite and other explosives. The explosions were large enough to be heard and felt across the city and they destroyed or damaged many houses in the vicinity, based on telephone interviews with five people in the city at the time and videos of the event circulating on social media.

Official statements about the cause of the explosion have been contested. Immediately after the blast, President Teodoro Obiang released a statement announcing that he had asked the “competent courts” to conduct an investigation while also stating that the blast was caused by a “fire from the burning of nearby land by neighbors” and the “negligence of the unit” charged with protecting the explosives. A separate statement from the president similarly blamed both “embers caused by stubble-burning in the fields by farmers” and the team in charge of guarding the ammunition.

Unverified accounts circulating in the country allege that the fire was started by soldiers ordered to burn brush and that it then spread to the armory, or that it was started during training on the use of explosives gone awry. The hasty presidential statement deflecting blame from the military and swirling speculation as to the cause underscore the need for an independent investigation, Human Rights Watch and EG Justice said.

The president also made clear in the statement that the Equatorial Guinean government will seek international aid to help pay for recovery, citing economic hardship due to the fall in oil prices and the Covid-19 pandemic. Corruption has long stymied the oil-rich country from developing public services and providing social protection commensurate with its resources, and continued opaque governance puts any aid directly disbursed to the government at high risk of being looted, Human Rights Watch and EG Justice said. Instead, international support should be disbursed directly to affected people.

Government institutions lack independence, transparency, and adherence to rule of law. President Obiang, the world’s longest-serving ruler, has installed family members in key positions, which they have used to amass enormous fortunes from the country’s oil wealth, while the vast majority of the population lives in poverty. The president’s eldest son, who is also vice president, was convicted by a French court in 2017 of looting over €100 million from Equatorial Guinea and laundering the money in France. In December 2019, the International Monetary Fund approved a $283 million loan, but it remains stalled after the release of the first tranche because the government has not carried out the governance reform requirements included in the program.

The African Union and broader international community should also ensure that the Equatorial Guinean government, which has a long track record of severely repressing freedom of expression and other human rights, does not use this tragedy as a pretext to further curtail rights, the organizations said.

“The government’s response to the explosion has laid bare its callous disregard for the well-being of Equatorial Guineans,” said Sarah Saadoun, senior business and human rights researcher at Human Rights Watch. “Regardless of what caused the blast, Equatorial Guineans deserve to know why the military is storing explosives in the middle of a populated area, whether there are any other stored substances that pose an imminent public danger, and what the government is doing to prevent another similar explosion in the future.”