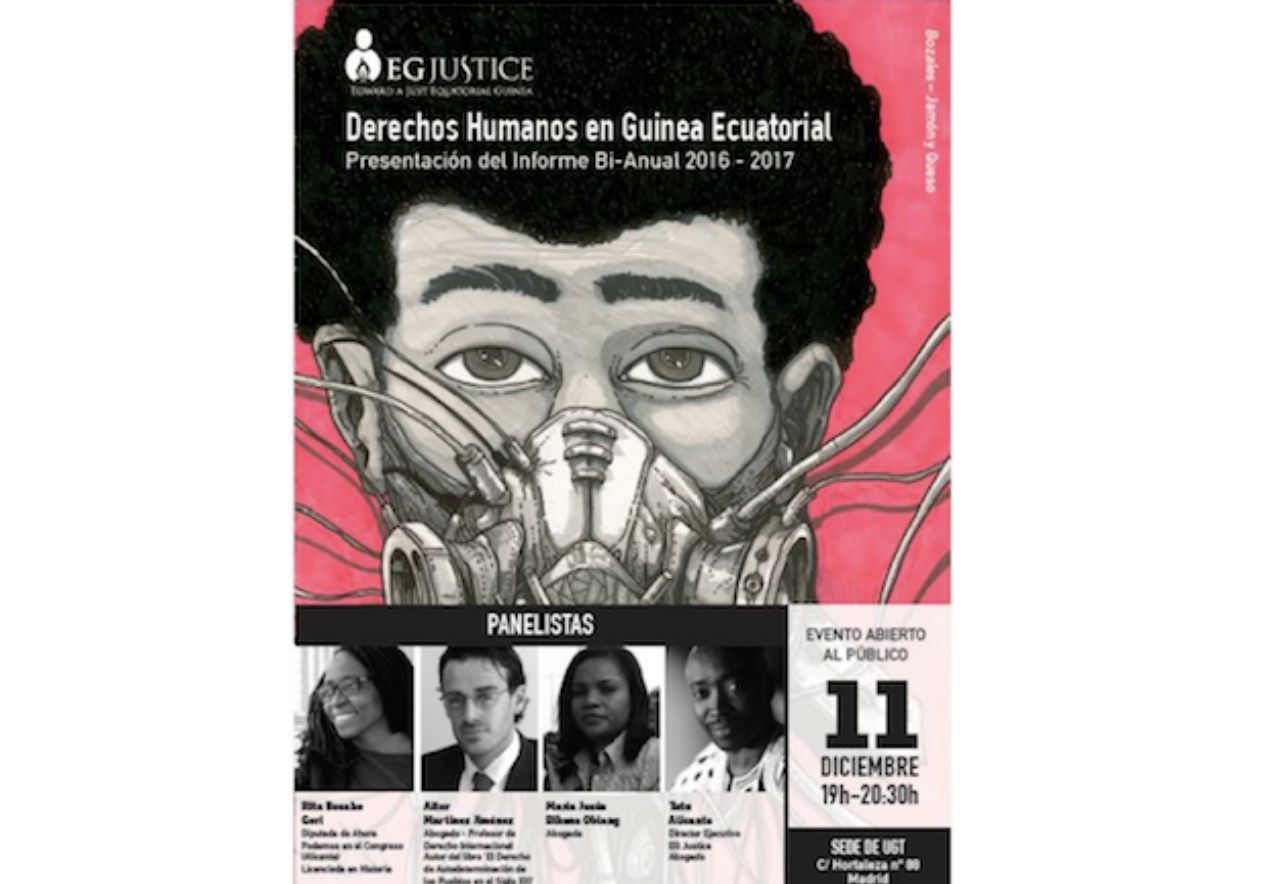 The government continues systematically violating human rights with disregard for the rule of law, and with absolute impunity as described on the 2016-2017 human rights report.

"It is a civic duty of all and every one of our citizens to ensure, document, denounce violations of human rights and of citizens’ freedoms committed by our government," said Tutu Alicante. "This report is the fruit of the work of citizens that stand and have their rights, their dignity and basic freedoms continually violated. Without these committed citizens our job is impossible."

The report denounces serious abuses and violations of human rights in Equatorial Guinea between 2016 and 2017, despite a national Constitution and commitments agreed upon by the government in international forums to protect and defend human rights.

The absence of a legal framework aimed at protecting human rights and judicial corruption do not favor the rule of law; as the current imprisonment of the artist and activist Ramón Esono Ebalé shows, one stark example of retaliation by the government against a citizen who dared to express his opinion freely.

On September 16, 2017, Ramón Esono was arrested and questioned about the publication of political drawings critical of President Obiang, his family and other government officials. Although the police has charged and the judge has ordered-nearly three months later – the processing of Ramón Esono’s case for alleged money counterfeiting, there has been no evidence confirming the charges against him. The judge has not answered to any of the three proceedings presented by defense lawyers, the two Spanish citizens detained with Ramón Esono have not been called to testify, nor the only accusing witness, who supposedly was approached by Ramón Esono with an illegal proposal.

“A grave situation of lack of legal and procedural guarantees has always existed in Equatorial Guinea. And in these last years, all the reports related to the respect for the rights of individuals, among which the one presented by EG Justice can be highlighted, point to several cases showing that this situation has worsened,” said attorney Maria Jesus Bikene Obiang. “We as people of law have to continue watching and working so that the legal status of every Guinean citizen is only changed by regular procedures and legal channels until there is actually a rule of law that guarantees the freedoms and other rights of all and every citizen of Equatorial Guinea."