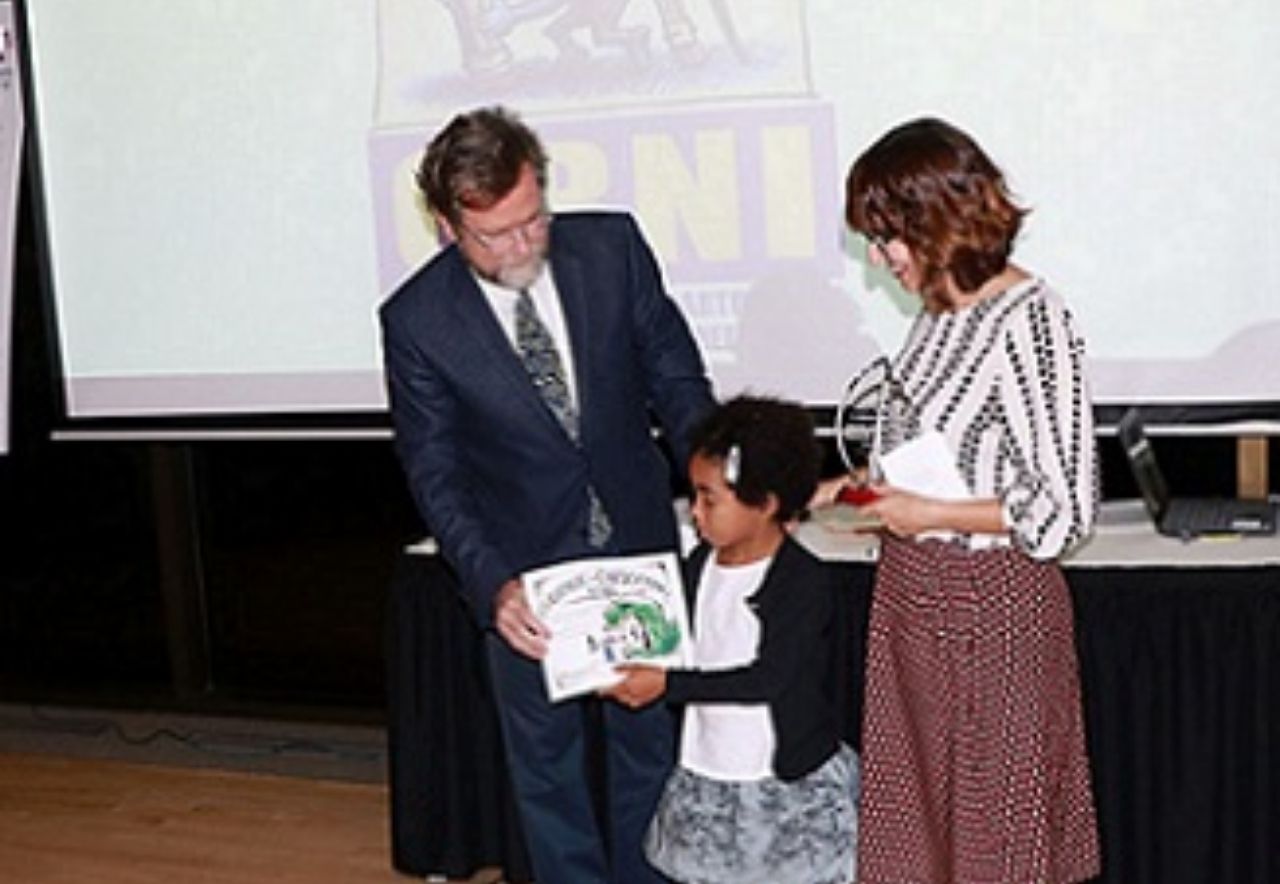 (Washington, DC November 6, 2017) EG Justice welcomes the news that Mr. Ramón Esono Ebalé is the recipient of the 2017 Award for Courage in Editorial Cartooning given by the Cartoonists Rights Network International (CRNI).

The award was presented in absentia during CRNI’s annual convention of the Association of American Editorial Cartoonists on November 4, 2017 at Hofstra University. Mr. Joel Pett, President of the CRNI Board stated “Mr. Ebalé’s continuous refusal to be intimidated by the threats made against him, and his courage in the face of a brutal and repressive regime led our Board of Directors to make this decision.”

The annual award is given to the cartoonist or cartoonists exhibiting great courage and self-sacrifice in the pursuit of their craft and in the exercise of free speech.

Ramon’s wife, Eloisa accepted the prize on his behalf and called on cartoonists worldwide and policy makers to never give up on her husband, “an artist committed to freedom in his home country, Equatorial Guinea.” (Read her speech)

Cartoonist Ramón Esono Ebalé was arrested on September 16 in Equatorial Guinea and was extensively interrogated in front of witnesses about his provocative drawings of members of the government. He is being held on trumped up charges of counterfeiting and money laundering, but has yet to be formally charged. He has unjustly spent over 50 days at Black Beach prison without a clear prospect for release.

“Ramon is a genius capable of capturing the offences of a crime syndicate—the Government of Equatorial Guinea—in insightful and captivating images,” said Tutu Alicante, Executive Director of EG Justice. “Ramon’s imprisonment by the government of President Obiang on false accusations of money laundering crimes is a premeditated and vengeful plot to punish him for his courage and for something we are all entitle to by virtue of being humans, freedom of expression.”

Today EG Justice and Cartoonists Rights Network International along with a coalition of international organizations are launching a global campaign to bring attention to the plight of Ramon Esono Ebalé. The goal of the campaign is to get Ramon released from prison because he is innocent.

The initiative invites cartoonists and artists from around the world to create and share their illustration with the hashtag #FreeNseRamon.  Select art will be displayed on the EG Justice at http://freenseramon.egjustice.org . There is a Spanish language initiative running in conjunction with our campaign at  www.freenseramon.com . The campaign will run until Ramon is released from prison.