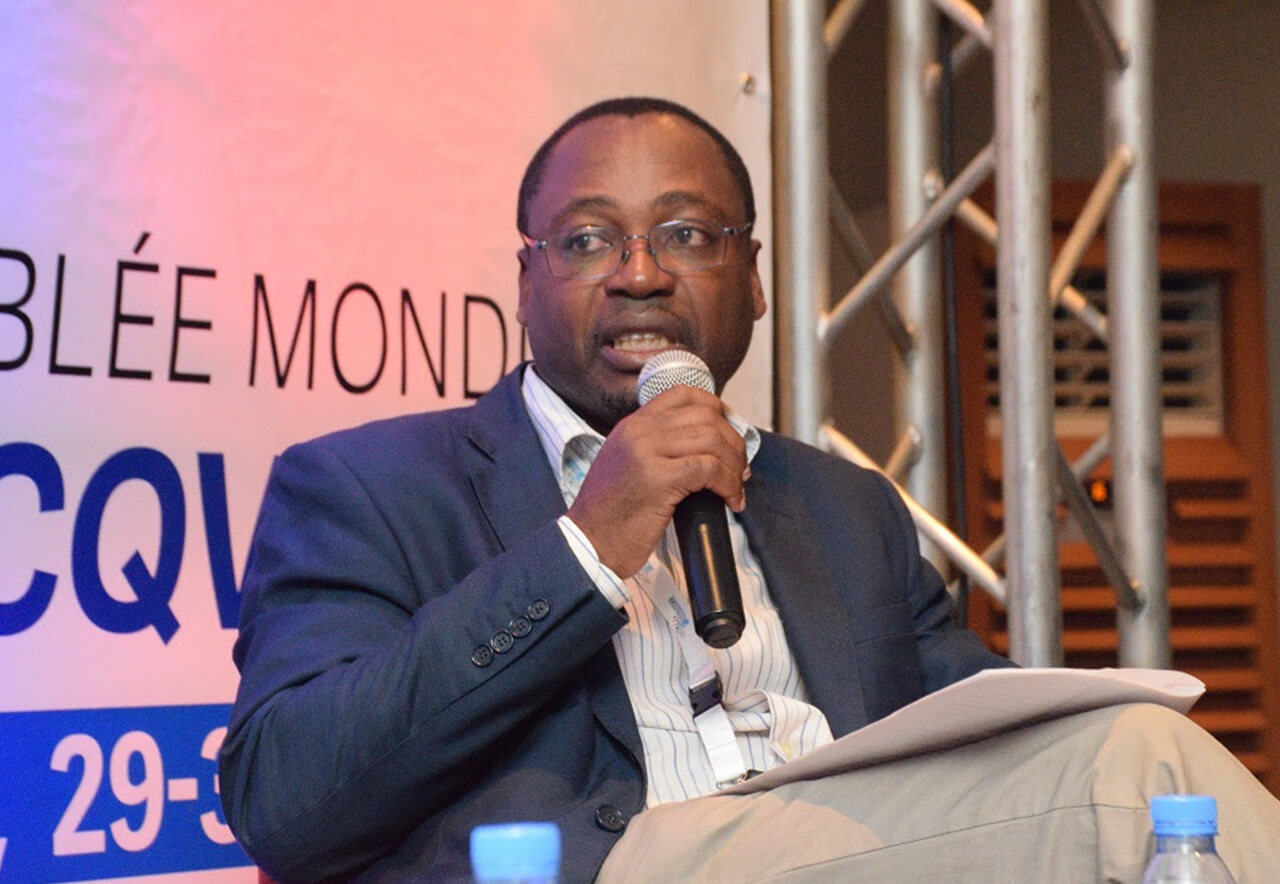 (Washington, DC, March 19, 2019). A group of human rights and anti-corruption civil society organizations* is appalled by the illegal detention and house arrest of human rights defender Alfredo Okenve Ndoho on the same day that he was supposed to receive the Franco-German Human Rights Award at a ceremony organized by the French Embassy in Malabo last Friday. Sources and previous incidents indicate he is facing serious threats to his life.

Alfredo came back to his native Equatorial Guinea on 16 February 2019, after receiving intensive health care in Spain following a previous brutal assault by security forces on 27 October 2018.

On 15 March, the day Alfredo was due to receive the human rights award, his cousin, a leader of the political party Unión Popular (UP) Joaquín Mangué Obama, was arrested by security forces at his home in Malabo for refusing to disclose information regarding the whereabouts of Alfredo.

That same night, as he sought to urgently leave the country for fear for his life, Alfredo was detained at the Malabo airport passport control office. Eight security officers secretly flew him handcuffed to Bata aboard a military plane. Once in Bata, he was driven to an undisclosed location until his drivers decided to go back to the city to bring him to his house in Bata, where he has been under house arrest since. He received the instruction of not leaving his house under any circumstances. His passport and mobile phone were seized by the police.

“We are deeply worried about Alfredo’s situation and the serious threats he is facing to his life” said Elisa Peter, Executive Director of Publish What You Pay. “We are concerned these attacks are not isolated incidents – several prominent human rights defenders and political activists in Equatorial Guinea have been the targets of attacks in the past few months, despite repeated calls by the international community to refrain from systematically cracking down on dissident voices.”

Civil society organizations are particularly worried that these attacks will intensify at the prospect of the upcoming Universal Periodic Review (UPR) which Equatorial Guinea will undergo in May in Geneva – in an attempt to quell dissenting voice.

The Extractive Industries Transparency Initiative (EITI) Board – amid reopening of negotiations to join the initiative – to send a clear message to Equatorial Guinea that repression against civil society activists violates the EITI Standard, will not be tolerated and will significantly jeopardize the prospects of approval of the country’s candidature application.

The United Nations, in particular the Human Rights Council through the upcoming UPR, to urgently address and shed light on the systematically orchestrated clampdown on independent political dissents.

Oil companies operating in Equatorial Guinea, notably ExxonMobil, Kosmos Energy, Marathon, Noble Energy, Clontarf, Ophir Energy – especially those represented on the EITI Board and other EITI supporting companies, to immediately denounce this attack as unfit for a country wishing to join the initiative.

The International Monetary Fund (IMF) to exhort the Government to fulfill the sign-up requirements of the EITI Standard, including on the need to provide an enabling environment for civil society participation, notably in the natural resource sector.

Publish What You Pay