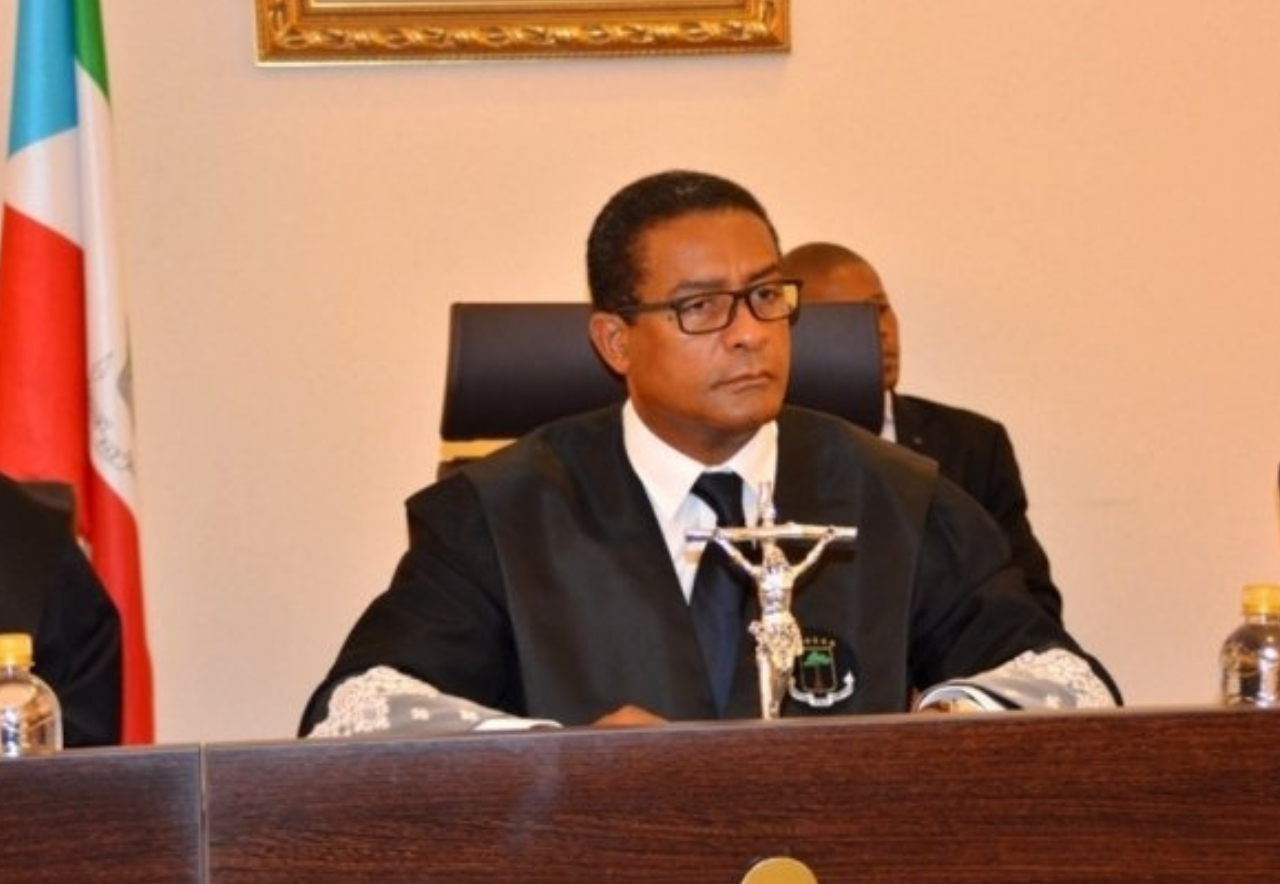 (WashingtonDC, March 3, 2020) EG Justice is appalled by the Equatoguinean Government’s most recent attacks against prominent members of the judiciary, and we join the many voices that have already called for the Government of Equatorial Guinea to ensure adherence to the law of Equatorial Guinea and to abide by international standards of due process.

On February 11, 2020 Equatoguinean security forces surrounded the private home of the former President of the Supreme Court, Juan Carlos Ondó Angué in an attempt to arrest him without a warrant.  According to his family, Mr. Ondó Angué locked himself inside his house and refused to allow entry to the armed security personnel, who attempted to force open the door. Family members also believe that the immediate arrival at the scene of the Ambassadors from Spain, the United States, France and Germany might have prevented the security from using disproportionate force to carryout the illegal arrest.

Justice Ondó Angué, who had previously been selected as Deputy Attorney General, and as a Justice in the Constitutional Court, was appointed to the Supreme Court by the President of Equatorial Guinea in May 2015, but was later dismissed in August 2018.

The government persecution of Justice Ondo Angue intensified since the July 2018 death of Justice José Esono Ndong Bindang, and the eulogy he read at the funeral acts.  Since then, two other judges, Justice Antonio Ondo Abaga Maye and Justice Ruben Fernando Mba Obama have also been arrested without warrants, and incarcerated with reckless disregard for basic due process guarantees and specific privileges and laws that apply to members of the judiciary.  In fact, witnesses report that Justice Ondo Abaga was brutally tortured while on detention, and had to be rushed to the hospital in Malabo to prevent his death.

In 2019, the American Bar Association monitored a mass trial in Equatorial Guinea and documented what it referred to as “egregious procedural irregularities,” which demonstrated the utter lack of judicial independence and blatant disregard for the rule of law. Yet, and despite this gloomy scenario, the International Monetary Fund recently approved a loan to Equatorial Guinea which calls on the Equatoguinean government, among other things, to “strengthen the rule of law through an effective implementation of existing laws…”