The Obiang’s Tentacles in Brazil 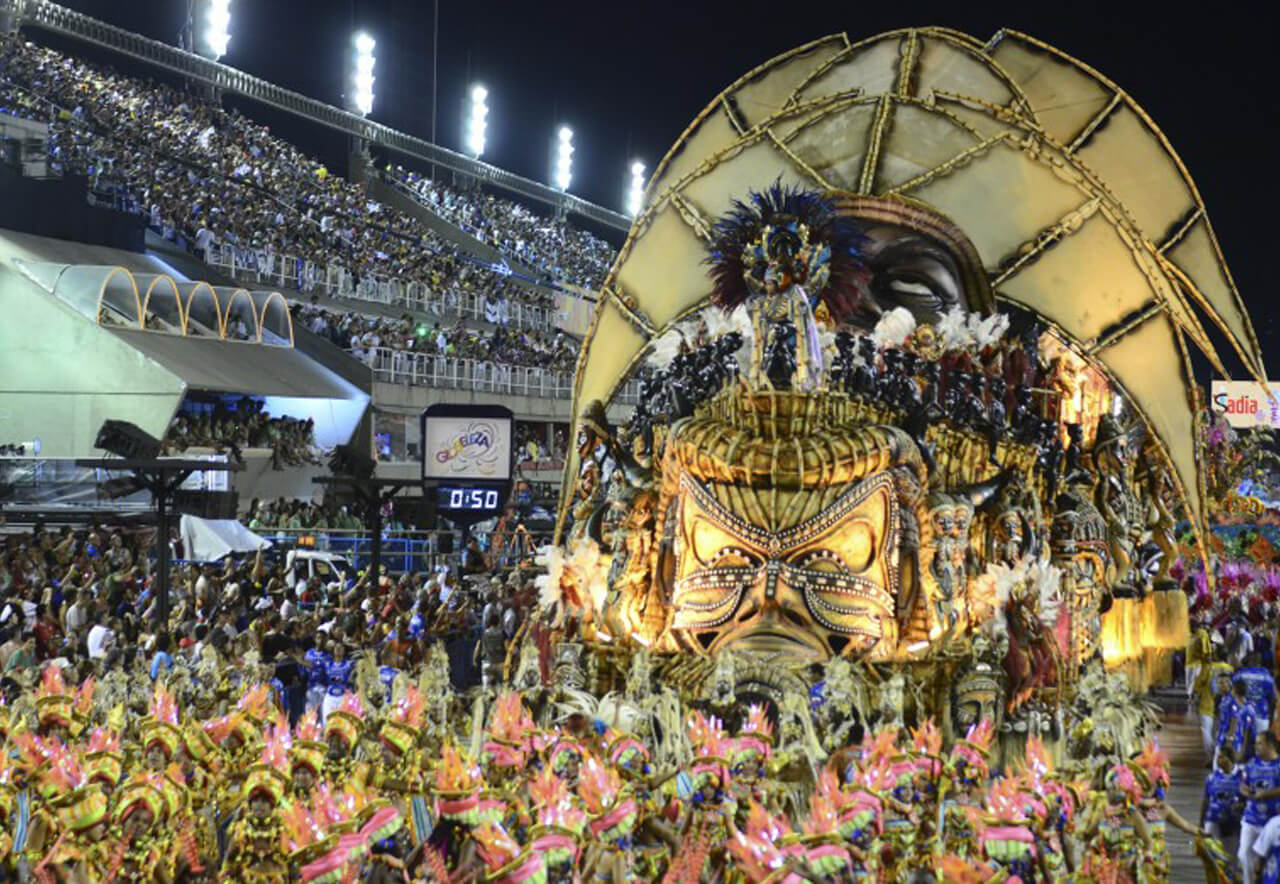 Samba School Beija-Flor parades in this year's carnival in Rio amid allegations it received funding from an African dictatorship.

(Washington DC, May 28, 2021) “Teodorín”, his lavish lifestyle and his penchant for corruption made the news in Brazil many times. On one such occasion, the vice president of Equatorial Guinea attempted to enter Sao Paulo without declaring goods valued at $16million USD. The goods, including dozens of watches, were seized and he was released. Also in 2018 a 14 million euros penthouse was bought by “Teodorín”  in an exclusive area of Sao Paulo, he was fined 88 thousand USD for illegally remodeling the penthouse.

Thanks to his lively social media accounts, the whole world is treated every year to the vice president’s unavoidable trips to the Rio Carnival. In 2015 the Samba school crowned as winners received funding to stage a parade honoring Equatorial Guinea. An article by O Globo indicated that Brazilian companies investing in Equatorial Guinea financed the 3.5 million euro cost of the parade, a minor favor for the lucrative contracts they receive in Equatorial Guinea.

A few months later, in December 2012, it appears the company was awarded a 264 million euro contract in Equatorial Guinea. It should be noted that ARG, Queiroz Galvao, and OAS--involved in the Lava Jato case- were awarded contracts in Equatorial Guinea by the national public works agency headed by the daughter of the President, Francisca Nguema Jimenez. These contracts almost reached 2 billion euros (1.8K millions).