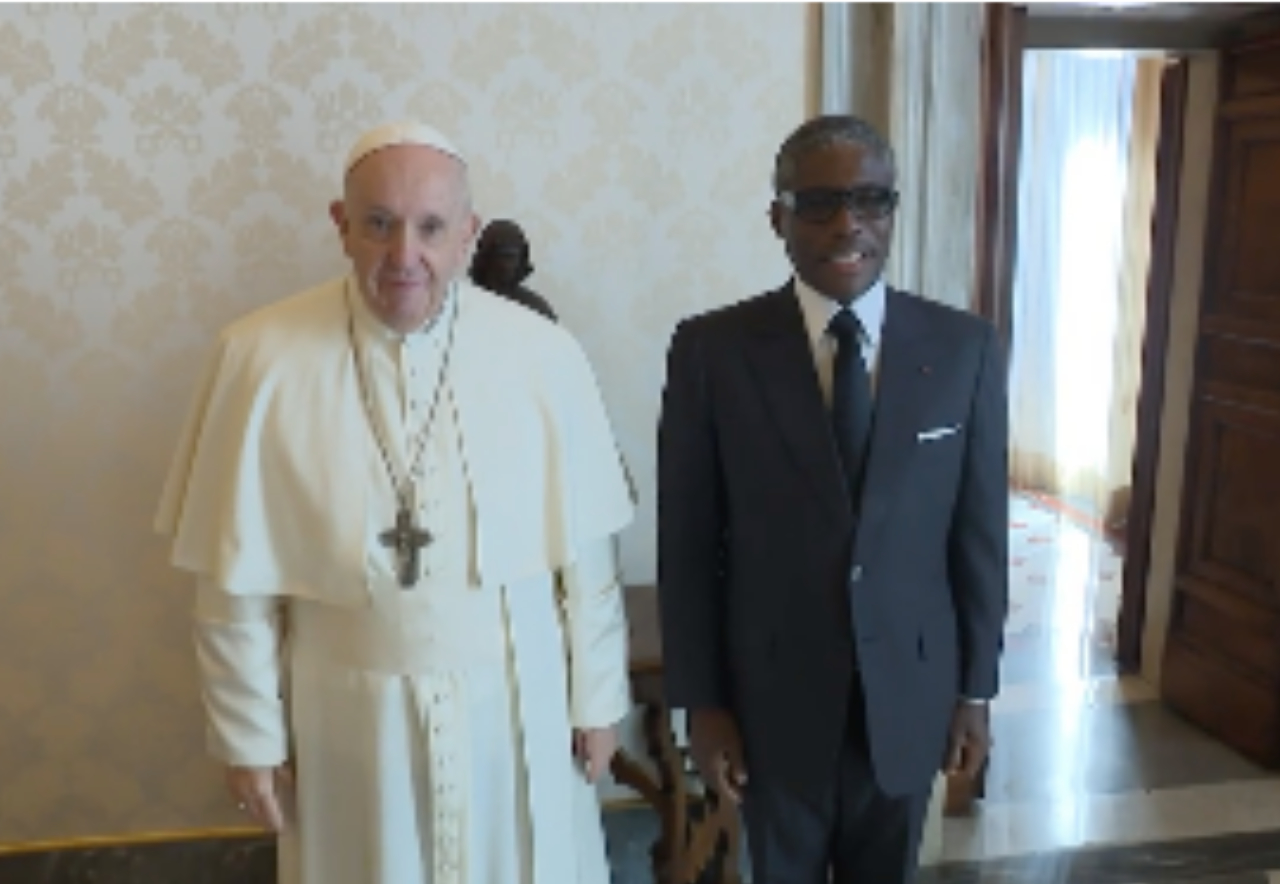 (Washington DC, April 12, 2021) EG Justice calls on Pope Francis to use his influence to exert pressure on the government of Equatorial Guinea to stop human rights violations and allow meaningful democratic reforms.

Last week, the leader of The Vatican met Equatorial Guinea’s vice-president and known kleptocrat, Teodoro Nguema Obiang (Teodorin). The previously unannounced meeting, on the heels of a deadly blast that killed well-above 100 people and left scores injured and others in the streets, shocked many Equatoguineans who interpret the gathering as a blessing, an endorsement by the Pope of the corruption, human rights violation and authoritarianism that characterizes Equatorial Guinea.

Teodorin, known around the world for his spendthrift and playboy excesses, is at the helm of the security forces—as the vice president in charge of Defense and National Security—and is directly responsible for the atrocities committed against the people.

“Pope Francis has spoken forcefully about human rights around the world. He knows all too well, given his experience living under an authoritarian regime in Argentina, about the importance of protecting fundamental rights and freedoms; and understands the critical role that international solidarity plays in bringing about social and political reform.” said Tutu

Alicante, Executive Director of EG Justice.  “We hope he does not allow his name or the Vatican’s reputation to be used by the Obiangs as their next image-laundering platform, to legitimize 42 years of authoritarian kleptocracy.”

In the past year, EG Justice has documented an increasing backlash against independent voices, including severe crackdown on the political opposition, media, and civil society groups.

The Vatican now has an opportunity to vehemently highlight the human rights abuses committed in Equatorial Guinea and call the government to take immediate actions to end torture and other acts of violence, protect human dignity, combat corruption, and use public funds to address basic economic and social rights, including adequately and promptly compensating to the victims of the explosions that rocked the city of Bata last month.