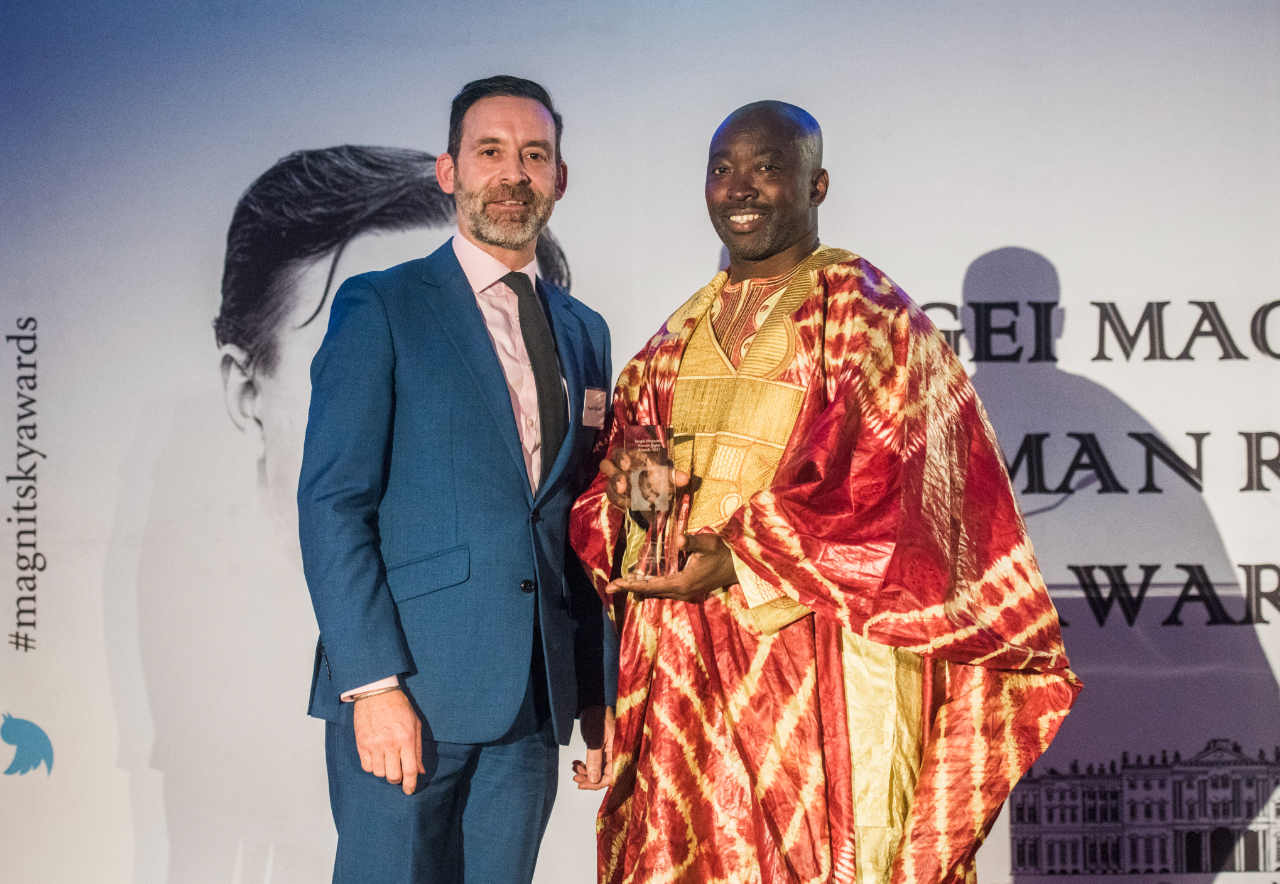 (Washington DC, November 19, 2021) Tutu Alicante, executive director of EG Justice, received the Magnitsky Human Rights Award for Outstanding Lawyer on Thursday 18 November. This honor is in recognition of Tutu’s contribution to the global fight against corruption, his commitment to expose kleptocracy, and to defend human rights in Equatorial Guinea.

Tutu is also a co-founder of the Equatoguinean Commission of Jurists, in addition to the pro-democracy and anti-corruption platforms Equatorial Guinea is Ours and Open Central Africa. He was an expert witness in the groundbreaking “Biens Mal Acquis” case in Paris, which ended with the criminal conviction of the Equatoguinean Vice President and the confiscation of all his ill-gotten assets. Tutu has testified before the United States Congress on multiple occasions, including most recently in March 2021 on the impact and utility of the Global Magnitsky Human Rights Accountability Act.

Equatorial Guinea is a textbook example of an authoritarian kleptocracy where the government is synonymous with the ruling family. The president's son, Teodoro Nguema Obiang, is the country’s Vice President -- he also controls the military. He has additionally plundered state coffers for personal gain in collaboration with his father, who has been in power since 1979. Hundreds of millions of dollars have been spent on private mansions, luxury yachts, and sports cars across the world. Earlier this year, mounting evidence of this criminal enterprise led the UK to announce sanctions against Mr. Nguema Obiang. Meanwhile other Equatoguinean government officials have been featured in the Panama Papers and Pandora Papers.