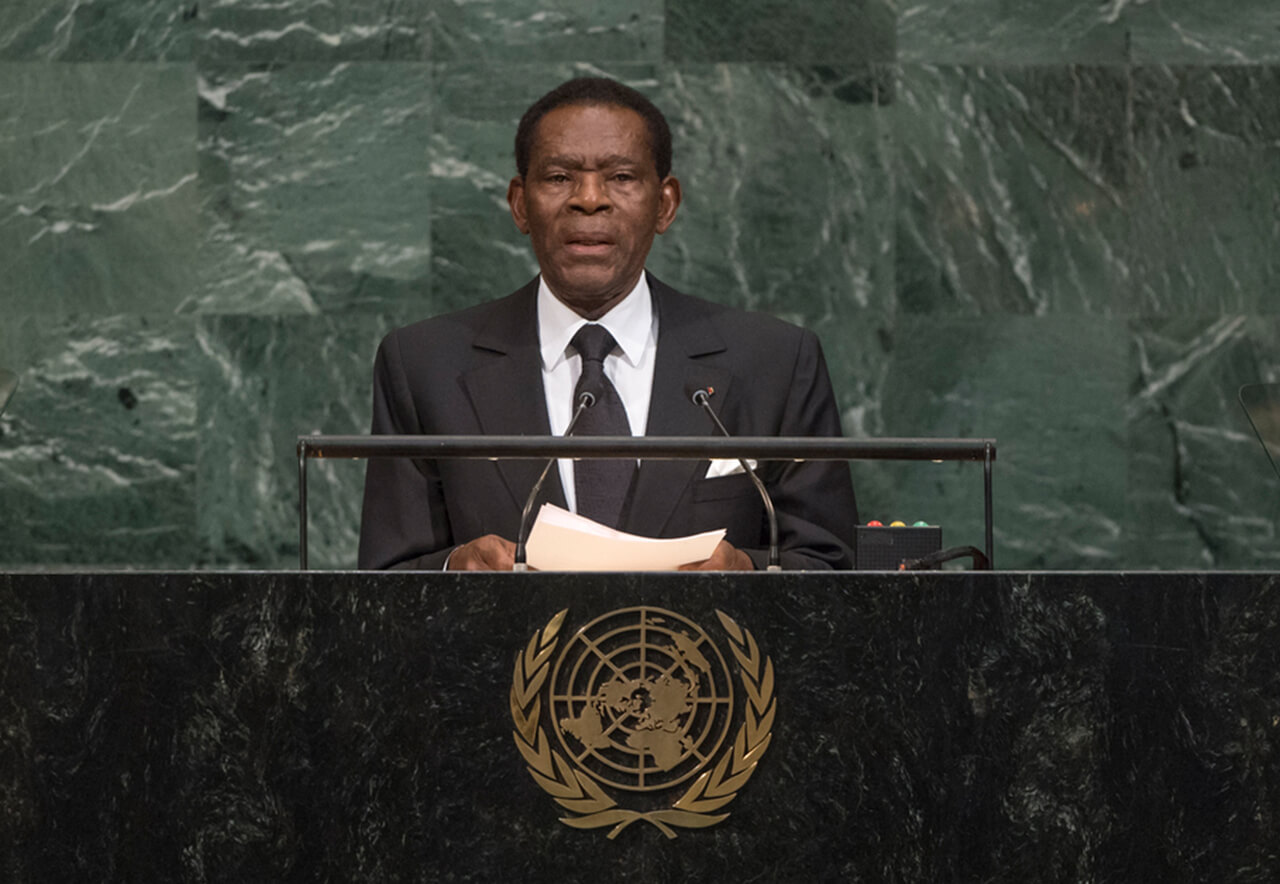 A Failure to Support Basic Human Rights and Good Governance

(Paris, March 9, 2012) – A split vote by UNESCO’s Executive Board to approve a prize sponsored by President Obiang of Equatorial Guinea puts the president’s interests above UNESCO’s basic principles of human rights and good governance, seven civil society groups said today. The March 8 decision by a commission of the board to change the controversial award’s name and press UNESCO’s Director General Irina Bokova to implement it is due to be formally adopted in a plenary session today.

“Whether it’s ever awarded or not, the vote in favor of a US$3 million international prize for life science sponsored by a government that fails to invest sufficiently in basic health care at home is a cruel joke,” said Tutu Alicante, an Equatoguinean lawyer who runs the human rights group EG Justice from exile. “The UNESCO board members who backed this prize have sold out the organization's principles and have tarnished UNESCO's reputation.”

The Executive Board approved the prize after a deeply divided vote. All 14 African countries on the board voted in favor of the prize, honoring a pro-prize resolution they had signed at the African Union Summit held in Equatorial Guinea in June 2011 when President Obiang was the organization’s chair. Arab member countries on the board also voted in support of the prize, and were joined by Brazil, Cuba, Ecuador, Venezuela, India, and Russia. Most of the board’s Caribbean and European members strongly opposed the award, together with Afghanistan, Peru and the United States.

Wenceslao Mansogo, an Equatoguinean doctor who is also a prominent human rights defender and opposition member, urged UNESCO delegates to abolish the prize in a letter written from his prison cell, where he has been unjustly detained since February 9 for politically motivated reasons. The government also ordered his clinic closed, highlighting the hypocrisy of a prize intended to improve “the quality of human life.”

It remains unclear if UNESCO’s Director General Irina Bokova will implement the renamed “UNESCO-Equatorial Guinea prize,” in light of the irregularities in the description of the award’s financing, which violate the organization’s own rules.

There remain unanswered questions about the prize’s funding sources. The original prize statute stipulated that the prize would be funded by the Obiang Nguema Mbasogo Foundation for the Preservation of Life. On February 9, the government of Equatorial Guinea informed UNESCO that the prize funds instead came from the public treasury, and subsequently stated on February 22 that the “donor of the Prize is from now on the Government of Equatorial Guinea.”

In a legal opinion issued on March 2, UNESCO’s legal adviser concluded that the original UNESCO-Obiang prize was “no longer implementable” due to a “material discrepancy” between its stated and actual funding source and that the same would apply to any renamed prize.

Ongoing corruption investigations of members of the Obiang family in France, Spain and the United States contribute to questions over the legitimacy of the prize’s funding. On March 5, Association Sherpa and Transparency International requested that French judges extend France’s corruption investigation to include the $3 million prize donation.

The government of Equatorial Guinea restricts and controls news so severely that journalists working inside the country are not able to freely report about the corruption allegations or the concerns raised about the prize, so citizens who do not have access to international media lack critical information about how the government is using public funds.

“Even if some delegates disregard UNESCO’s rules and reputation, Director General Bokova has a responsibility to guard against financial improprieties and poor ethical practices by the organization,” Alicante said. “She should stand on principle and refuse to let UNESCO use funds of suspect origin to promote the image of President Obiang.”

The civil society statement was issued by the following organizations: