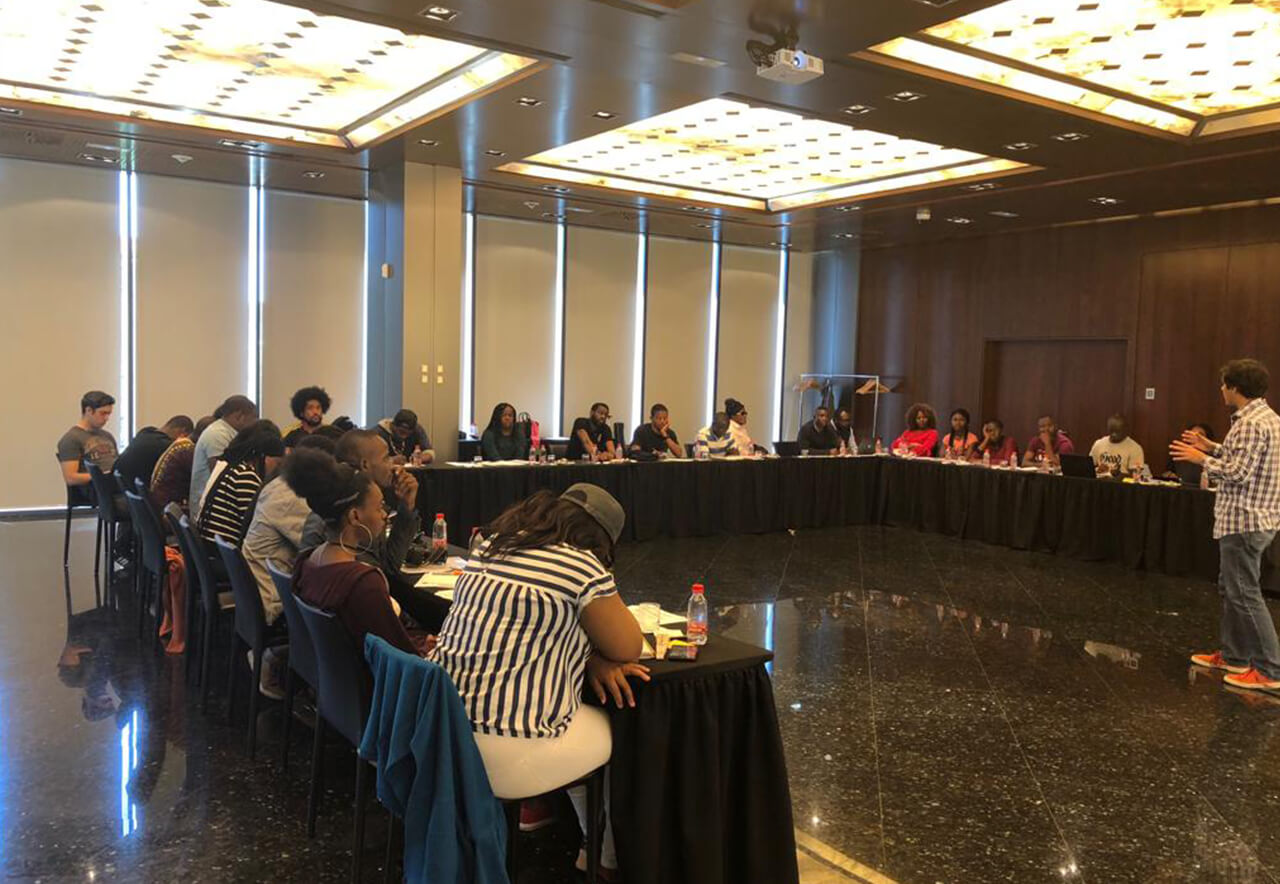 In July, 2007, EG Justice collaborated with the New York Film Academy and Venezuela-based Sin Mordaza to conduct a story-telling workshop in Dakar with twelve “artivists.” They learned about using films and other forms of artistic expression to share stories of the communities’ struggles and achievements, and to promote civic participation and rights.